We ask you to explain to the FDA why it is important for you to have continued access to compounded intranasal Vasoactive Intestinal Peptide (VIP).

The FDA is reviewing the status of VIP. They are accepting comments on regulations.gov through December 5th, 2019 and will then decide to:

[Use this link to directly send your comments to the FDA before December 5th, 2019.]

You can copy the text below and paste it into the comments box:

To Whom it May Concern:

I currently use compounded intranasal VIP to help me (fill in why you use it – to function, not have brain fog, keep a job, spend time with my family, etc)

Without VIP, I feel (tell them how you feel – horrible, depressed, mentally foggy, unable to function, etc).

Without VIP my ability to function (let them know the impact of not having access to VIP – is severely limited, is marginal, would prevent me from holding a job, might put me on disability, etc)

(Add more of your story here)

Please reconsider keeping compounded intranasal VIP accessible to me, because of the positive impact it makes on my life.

Some history: The FDA’s Pharmacy Compounding Advisory Committee (PCAC) met back in 2016 and decided at that time there wasn’t enough information for them to move VIP from the Category 1 List, a list that was safe for the patient and available for compounding pharmacies to use, to the positive Bulk Substances List. On 9/15/19 the FDA released new rules (PDF).

Vasoactive Intestinal Peptide (VIP) is considered a major regulatory peptide in the brains of mammals. It acts as a neurotransmitter or immunomodulator in not only the brain but in the heart, lung, pancreas, thyroid, genitourinary tract and the immune system.

VIP is made up from amino acids (28 to be exact). It belongs in the family of glucogon/secretin peptides which do a lot to control the hypothalamus-pituitary-adrenal (HPA) axis, and the endocrine system. While it was initially discovered in the small intestine, it is also produced throughout the body; in a tiny part of the hypothalamus called the suprachiasmatic nuclei (SCN, see image below), in the pancreas, as well as synthesized in the immune cells and the endocrine cells.

VIP’s actions are widespread and it is found in both the central and peripheral nervous systems.

Some of the more direct actions we see with VIP include stimulating contractility in the heart, causing vasodilation, increasing glycogenolysis, lowering arterial blood pressure and relaxing the smooth muscle of trachea, stomach and gall bladder. 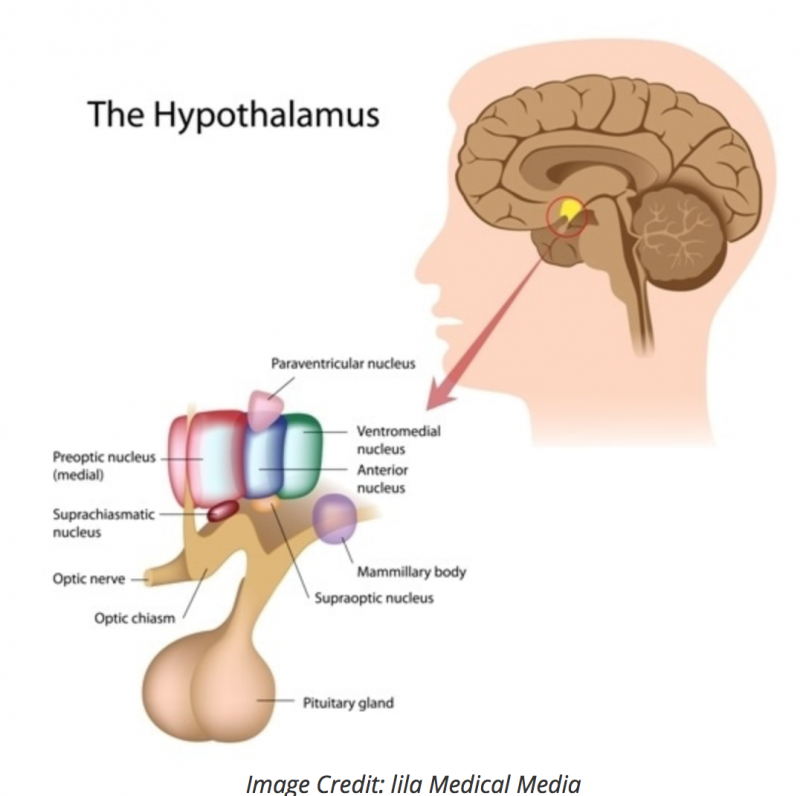 Research has identified the many diverse roles of VIP, including:

Due to its wide array of biological actions, VIP has been investigated for its therapeutic potential to treat a number of diseases such as asthma, arthritis, diabetes, and neurodegeneration. The FDA recognized VIP as a treatment for Pulmonary Hypertension (PH) and gave it orphan drug status for treatment of this fatal disease that typically give the patient 3 years from diagnosis. The diagnosis of PH is confirmed by VIP peptide deficiencies in the serum and lung tissue and confirmed with radioimmunoassay and immunohistochemistry.

Under normal conditions, VIP is present in the circulation at low levels (in serum, mean: approximately 42 pg/ml, normal range: 12.9 – 98.5 pg/ml).  Circulating VIP is thought to originate from perivascular VIP-producing nerve fibers.  Certain conditions, such as prolonged exercise, extended fasting, or gastrointestinal tumors (VIPoma), have been associated with elevated levels of circulating VIP.  Although it is detected in blood, local VIP in tissues is primarily responsible for its biological effects. 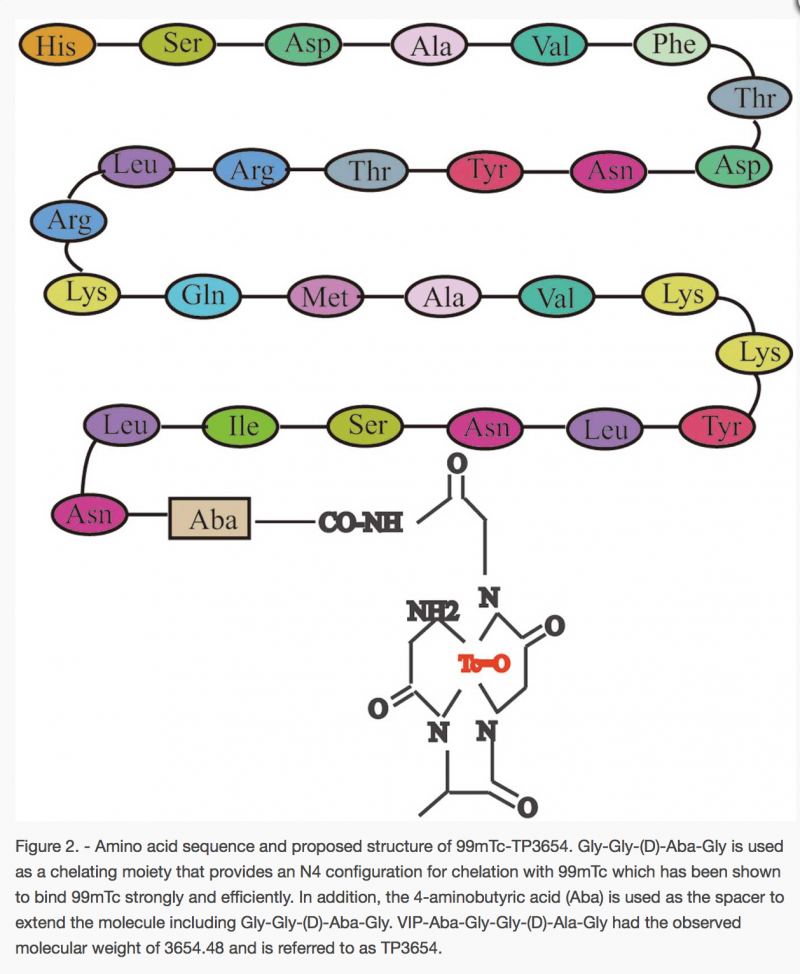 VIP that is used for Pulmonary Hypertension is primarily given as an injection. There are current Phase 2 trials with on a 60 hour injection that is specifically designed to target the receptors in the lungs (PVAC2).

Most of you who are reading this are more familiar with the nasal spray delivery system. The studies show that VIP is found to cross the blood brain barrier (BBB) by a non-saturable transport system that doesn’t get interference from enzyme degradation and the amounts that end up in the brain are likely to affect brain function.

The findings also show that this transport of VIP is one way and VIP stays in the central nervous system (CNS) rather than being cleared through the blood. Further studies show that intranasal VIP produced higher levels of VIP in the brain when compared to intravenous administration.

About the Author: ISEAI Admin

The International Society for Environmentally Acquired Illness (ISEAI) is a nonprofit professional medical society whose mission is to raise awareness of the environmental causes of inflammatory illnesses and to support the optimal health of individuals affected by these illnesses through the integration of clinical practice, education, and research. We seek answers about environmentally acquired illness through the human lens, exploring all perspectives, including conventional and natural medicine.

This site uses Akismet to reduce spam. Learn how your comment data is processed.

Sept 16-18: examining the misdiagnosis of complex

Registration is open 🔑 for the ISEAI conference

Two weeks to the ISEAI conference (Part 1) May 20-

In May, some of the best minds in the field of Env

The ISEAI conference is back in person in May 2022